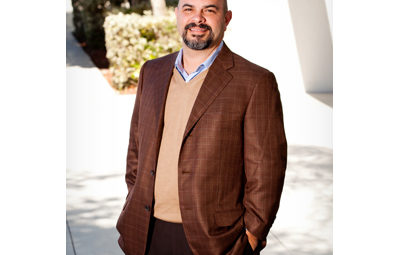 Recently, Agustin was interviewed for Miami Agent Magazine to give his input on what the biggest trends for real estate are going to be in the next year. Here is what he had to say.

What do you see happening to housing market demand over the next 12 months? How will inventory move? What will buyer/seller markets be like next year?

Realistically, I don’t see Miami as an overvalued market. I think we’ve been undervalued for such a long time. We’re seeing price increases, but we’re still affordable. When you compare Miami to other large metropolitan areas around the country where you have international influence and not just global economies, look at Los Angeles or New York. It’s practically free to live in Miami compared to some of those places. In Miami, an average family can buy a three-bedroom, two-bath house for $150,000 to $300,000. A nice house. Some of those markets, $300,000 doesn’t buy you much. You’d be buying a tool shed. Or what happens in Los Angeles, and you live two hours away and it’s still too expensive. In Miami we still have that affordability where you can live within reason.

What do you see happening with new construction?

New construction has been up this year. I think in certain areas it’s going to continue to grow where you’re going to get affordable housing. The high end market, which I know very well, is seeing a huge demand. Developers I remember have never been doing that kind of construction. They’re just looking to buy land and build more. That market is booming for kind of the same reason I feel the condo market is cooling off a little bit. People started realizing, “I’m not going to pay $1,000 per square foot to live on the 13th floor of a building when I could have a half acre home in Pine Crest for less.” You can live in a beautiful custom-built home for a lot less than what people pay for some of these condos. It makes sense. At the end of the day you’re sending your kids to the same school.

What new development trends have you seen in 2014 that will likely stick in the future?

In the high-end market I’ve seen the whole semicustom approach. Before, most developers just built a spec house. Now you’re seeing a lot of customization options, basically they allow the customer to feel as though they are building a custom built home. They pick out everything for the house. It’s not just stuff like there’s three or four colors of tile, it’s which tile do you want. Do you want marble or limestone? Just pick it and they’ll put it in. it’s a growing trend and for the buyer it’s an amazing opportunity to build the house the way you want. You shouldn’t have to settle for a million and a half. You should get what you want.

The other stuff in the lower price range is the track homes. We’re starting to see construction sprout up everywhere. There’s not a lot of land left in Miami Central. I don’t think we’re going to see any big developments in the center, but in the outskirts to the south you’re starting to see a lot of stuff go up.

This site uses Akismet to reduce spam. Learn how your comment data is processed.